Casentino is such an evocative and mysterious valley that it has inspired well-known poets such as Dante Alighieri and D’Annunzio, who spent some time here, and convinced the writer Emma Parodi to use it as the setting for her ‘Grandma’s novels’. Casentino means parish churches, castles and pure nature. The Poppi Castle, dwelling of the powerful Counts Guidi and scene of the violent Campaldino Battle (1289) in which Dante participated as a soldier is the most well preserved, but also the Porciano and Romena Castles are worth a visit as they too are representative of this area. The parish churches, scattered here and there, take us back to the pilgrimage and very distant travel age.

These religious buildings identify themselves for their austere simplicity and for their refined Romanesque capitals that require careful observation to catch all the smallest details. I am talking about the parish churches of Romena, Socana, Stia, San Martino and the tiny but not less attractive Sietina. This amazing valley also evokes spirituality and peace as it is strictly connected to two religious figures: Saint Francis of Assisi and Saint Romualdo.

Saint Francis chose this place to meditate, immersed in an immaculate landscape, and he received the Stigmata on Mount La Verna in 1224.

Valdarno, enclosed between the Pratomagno and the Chianti mounts, even if preserving traces of Etruscan and Roman settlements, has a more recent history linked to the rise of the Florentine Republic in the XIV Century. It is in this valley that the Lilly (flower symbol of Florence) government decided to build villages called New Lands, important urban cities nowadays. Among these, San Giovanni Valdarno stands out and its city center is dominated by the Arnolfo’s Palace, surrounded by the churches of Saint Mary of Mercy and Saint Lorence and Renaissance palaces. Masaccio was born here in 1401, bearer of an innovative and revolutionary artistic style. Montevarchi is the second most relevant city and preserves a precious relic, the Holy Milk, gift of the French king Luis IX to the Count Guido Guerra, hosted for centuries in a temple, specifically made by Della Robbia artists.

The landscape offers a variety of naturalistic glimpses: from the enchanting Balze that attracted the attention of Leonardo to the green fields of Pratomagno and to the natural reserve of the Hell’s Valley. In more recent times, the typical rural vocation of the area has been flanked by an intense and productive industrial activity due to the presence of brown coal mines. Even here, walking along the ancient Cassia road, you meet impressive parish churches like Gropina, famous for its pulpit entirely decorated with zoomorphic and phytomorphic reliefs or Galatrona with its precious works by Della Robbia. 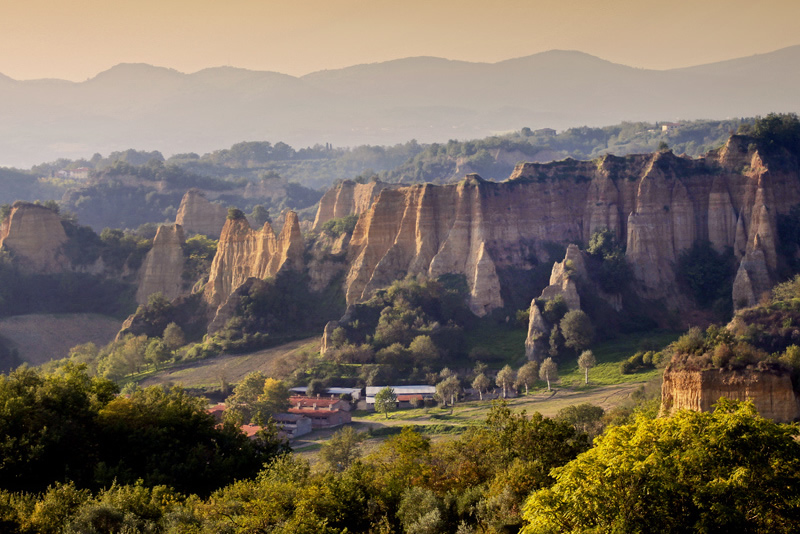 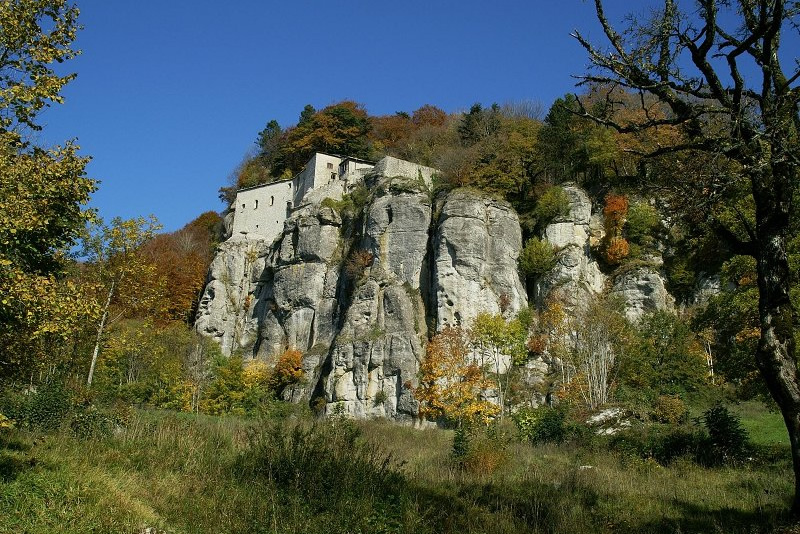