Siena and San Gimignano, with their untouched medieval aspect, are two of the most charming cities in Tuscany. Siena, whose legendary origins date back to the Roman period, has reached its maximum splendour from the X century, rising on the Francigena road, an important arterial road connecting France to Rome and crossed not only by pilgrims and wayfarers but also by merchants. The Cathedral and the Public Palace are the mirror of the richness of the city; the sumptuousness of the façade of the Cathedral preludes to the treasures kept inside, such as the pulpit carved by Nicola Pisano, The Piccolomini Library and the marble floor. The Public Palace, built by the Government of Nine, dominates Piazza del Campo and preserves frescoes of the most skilled painters of the XIV century: Simone Martini, Duccio di Boninsegna and the Lorenzetti brothers. On July the 2nd and on August the 16th the city awakens for the Palio, a hardened horse race in which the city districts compete.

13 towers are the uncontested symbol of San Gimignano and they make the city one of a kind. It is told that in the XIV century there were 72 towers, at least one for every wealthy family that could express its economic power by building a tower (many of those are still visible inside palaces). The development of the city was due to its strategic position, rising on the deviation of the Francigena road to Pisa. Palazzo Comunale is worth a visit with its courtly and chivalrous frescoes; from the palace it is possible to access the Grossa Tower, the highest in the city. The Cathedral is a stunning example of Romanesque architecture and it is finely frescoed with scenes of the Old and New Testament by the main artists of that period. 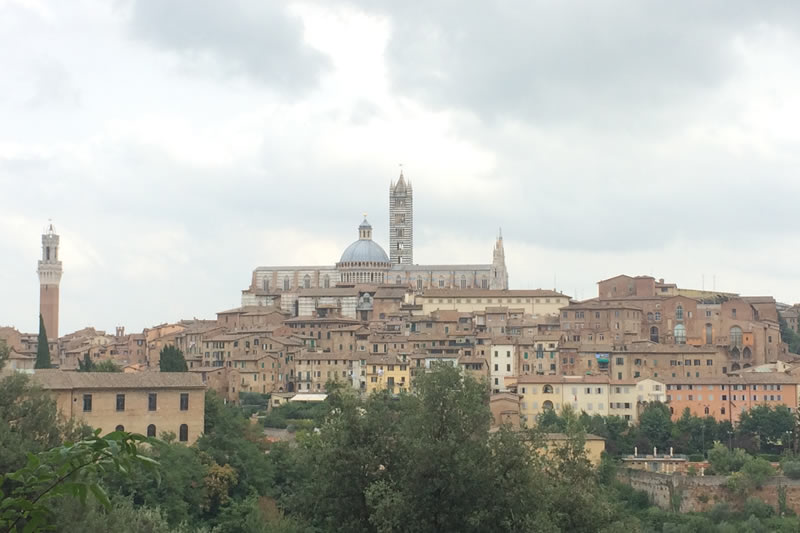 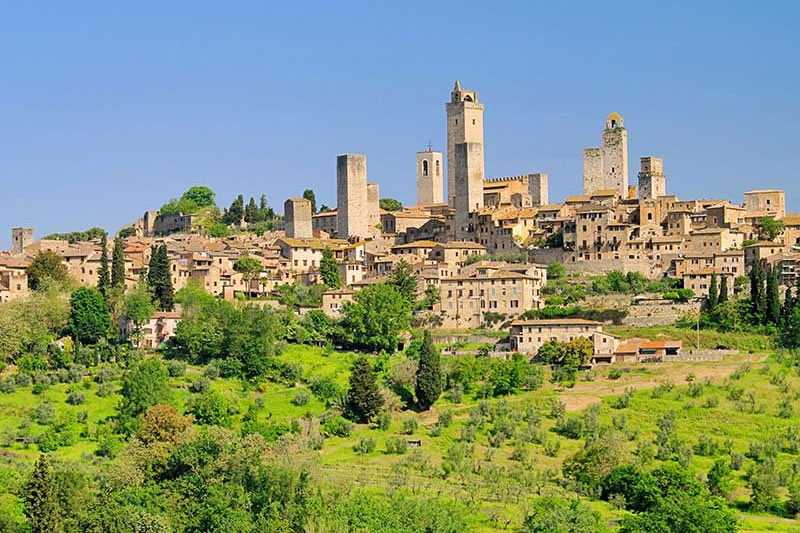