The Val d’Orcia, listed in the Unesco heritage, is characterized by gentle slopes that change colour according to the season, showing an always different landscape. Here medieval and renaissance hamlets rise, such as Pienza, Montepulciano, Montalcino, Radicofani, Bagno Vignoni and Monticchiello. The pretty town of Pienza is considered as the architectural experiment of Pope Pius II Piccolomini, who intended to transform its crumbling hometown, Corsignano, into the ideal Renaissance city for excellence. It is famous all over the world for its Pecorino cheese, whose production has been facilitated by its fields suitable to grazing. Montepulciano is marked by elegant noble palaces and achieved its golden age in the Renaissance, thanks to a long period of political stability. Many aristocratic families who decided to live here gave some of their members to the Church, to literature, to art and to the arms, contributing to the prestige of the city. Montalcino immediately recalls one of the most appreciated Italian wines, the Brunello, born in 1888 and made with Sangiovese vine variety. However the town also offers art and culture with its Palazzo dei Priori, the churches of Saint Agostino, Saint Frances, Saint Egidio and the monumental fortress from which one can enjoy a stunning view on the “Crete Senesi”.

Bagno Vignoni, a tiny hamlet near San Quirico d’Orcia, is well known since ancient times for its precious thermal baths which attracted important people such as Pope Pius II, Lorenzo the Magnificent and Saint Catherine from Siena. The hamlet develops around the big Renaissance pool containing warm water from the underground volcanic aquifer. Strolling through the streets of Radicofani and its fortress, the name of Ghino di Tacco, a kind of medieval Robin Hood who spent his time robbing the nobles passing through the Francigena, reverberates. 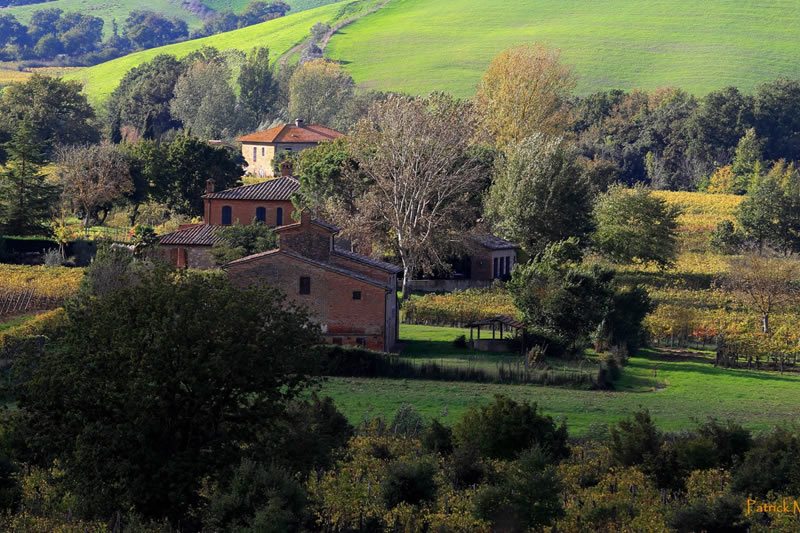 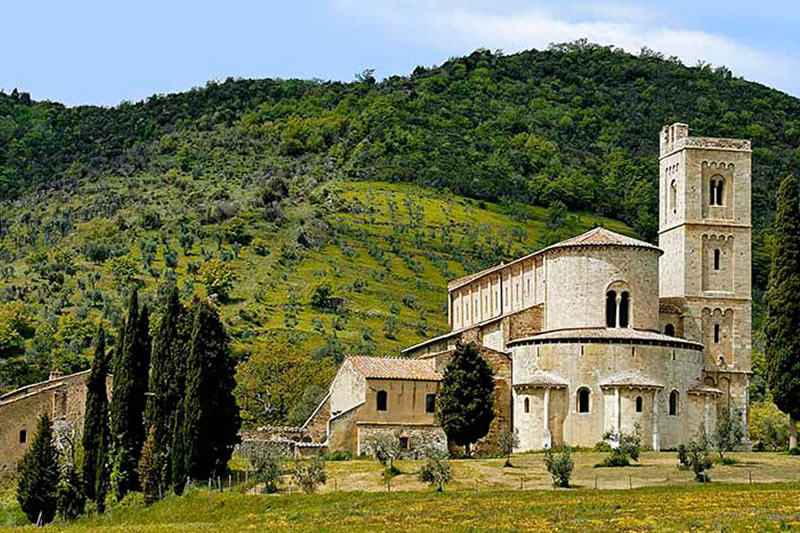 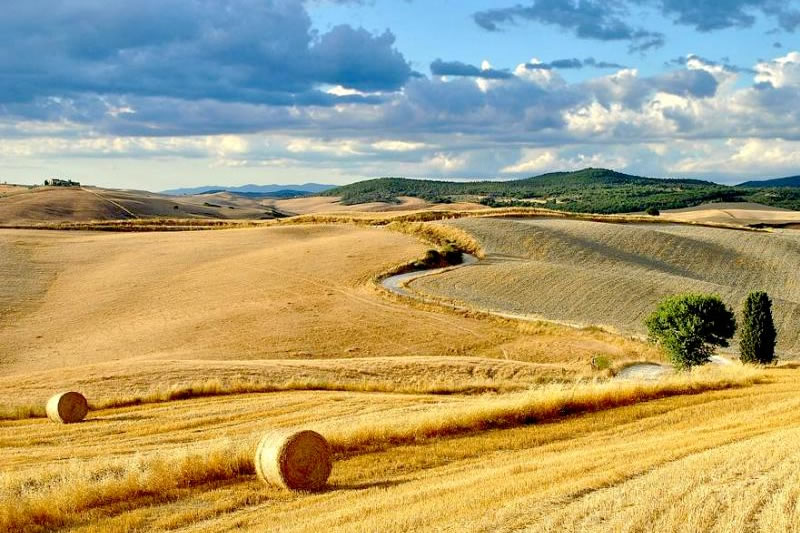 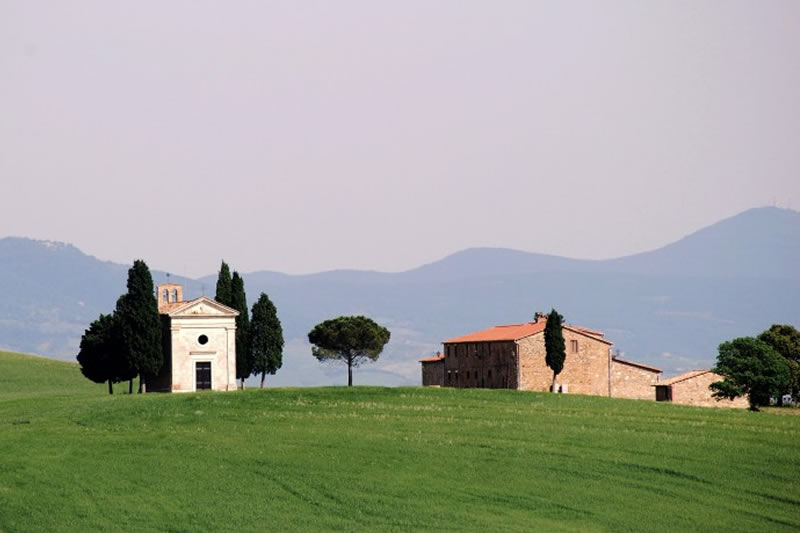